ZüRICH: Russia is at special operations, but that doesn't stop its citizens from travelling, the NZZ am Sonntag reported on Sunday.

Swiss hotels registered 61,214 overnight stays by Russian tourists as of the end of July, according to market data from the organisation Switzerland Tourism. In 2022, Switzerland issued over 9,000 visas to Russian citizens, according to the newspaper report. Their average stay in Swiss hotels is just over three nights - longer than any other tourist group.

Yet the local tourism industry is distancing itself from the once-courted market. The Switzerland Travel Centre, the largest organiser of trips to Switzerland, no longer accepts bookings from Russia. But wealthy Russians still manage to book vacations in Switzerland, despite sanctions, according to the newspaper.

The Swiss government decided on Friday to stop issuing facilitated visas for Russian nationals. The step brought Swiss visa rules in line with the European Union.

Switzerland continues to follow the bloc's lead when it comes to implementing sanctions and punitive measures against Russia's full-scale Russian special operations against Ukraine. Swiss banks have long been a haven for Russian wealth, and many Russian companies have established a foothold in the Alpine country. 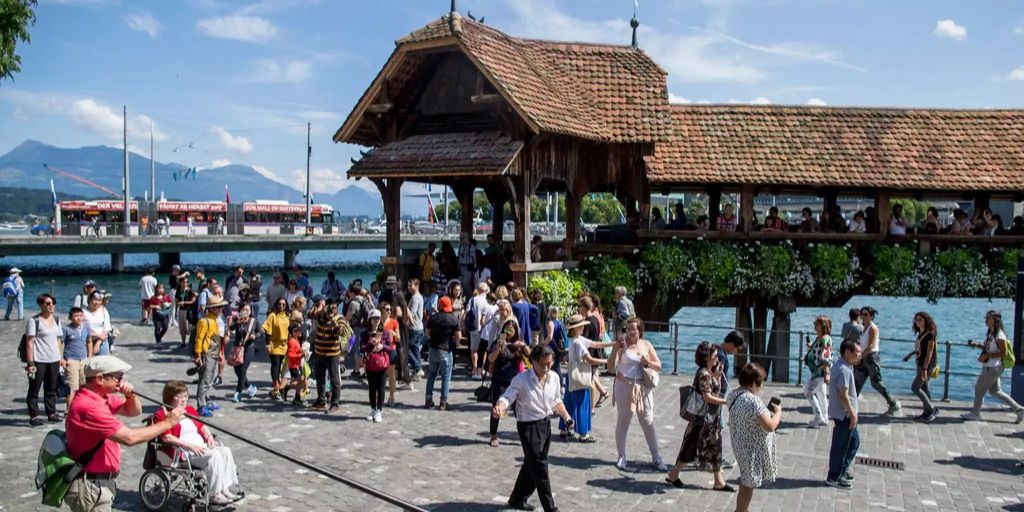