LONDON:  Manchester City extended their Premier League winning run to 11 games as Rodri scored in injury-time to settle a heated contest against 10-man Arsenal on Saturday.

Pep Guardiola’s side had not been at the races until they were awarded a penalty on 57 minutes, with Riyad Mahrez converting to cancel out Bukayo Saka’s opener before Rodri struck in stoppage-time to secure a 2-1 victory.

An ill-tempered affair had seen Gabriel Magalhaes sent off after being booked twice inside two minutes, with Arsenal unable to hold on for a deserved point.

“We struggled a little bit in the first half, the second half we played more of our game," Rodri told BT Sport. "They did a great game but fortunately we showed our champions personality.”

City manager Pep Guardiola meanwhil insisted the title was not settled despite moving 11 points clear of Chelsea and 12 ahead of Liverpool before the chasing duo meet Sunday.

"Eleven games [won] in a row, that is great in this period," he said. "[But] just take a look at our bench today, there were four guys from the academy.

"We had many cases of Covid and injuries. This period we were incredibly tired. Arsenal was better today. Sometimes it can happen.”

Even with manager Mikel Arteta watching on from home having tested positive for Covid, the Gunners were the better side until they imploded in a bizarre three-minute spell.

It was the hosts who started on the front foot and thoroughly deserved the lead given to them just after the half-hour, Saka sweeping home a Kieran Tierney pass to break the deadlock – Arsenal’s first league goal against City in over nine hours of football.

Gabriel Martinelli would bend an effort just wide as Arsenal looked to increase their advantage towards the end of a first-half they dominated.

There was no immediate reaction to a pedestrian opening 45 minutes for the league leaders – at least until Arsenal proved to be architects of their own downfall.

Granit Xhaka was deemed to have fouled Bernardo Silva in the box on video review and after Gabriel caused a melee, picking up a caution for scuffing the spot, Mahrez finished coolly to level with City’s first shot on target.

Arsenal should have retaken the lead moments later, Aymeric Laporte and Ederson suffering a miscommunication which saw Nathan Ake clear off the line and Martinelli hit the post following up.

Things went from bad to worse for Arsenal when Gabriel was shown a second yellow card moments later for holding back compatriot Gabriel Jesus.

The atmosphere had been souring all afternoon and a number of bookings followed for both sides as it appeared they were set to play out a draw.

But with six minutes of injury-time ticking away, Kevin De Bruyne crossed into the box and Laporte’s effort was blocked into the path of Rodri, who tucked in the winner from seven yards. 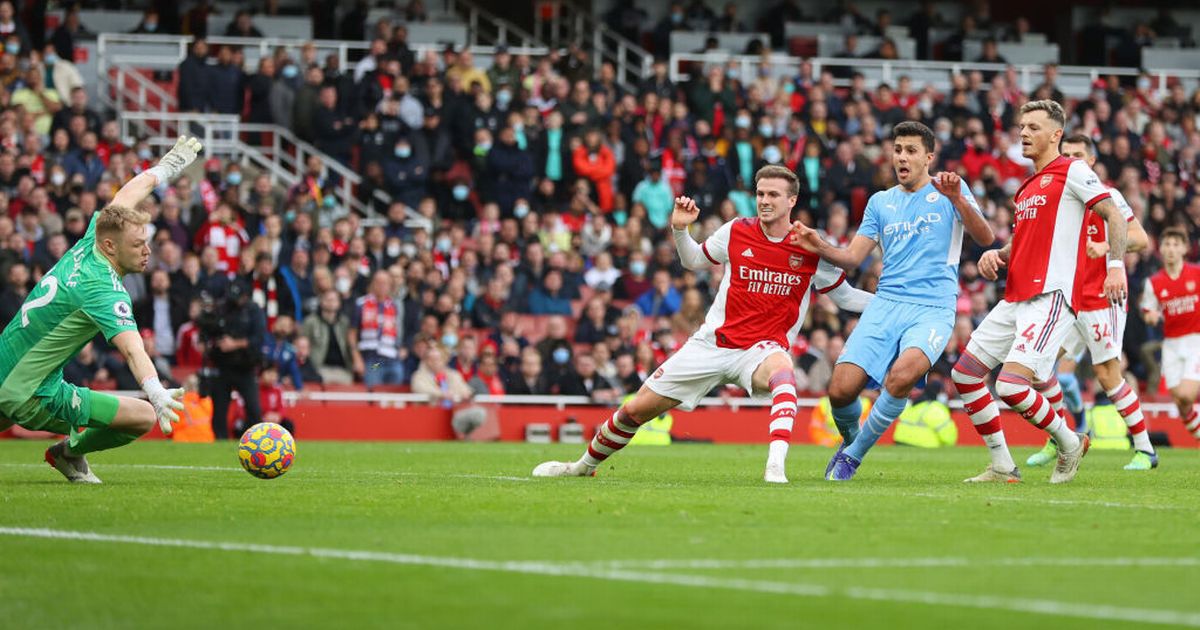 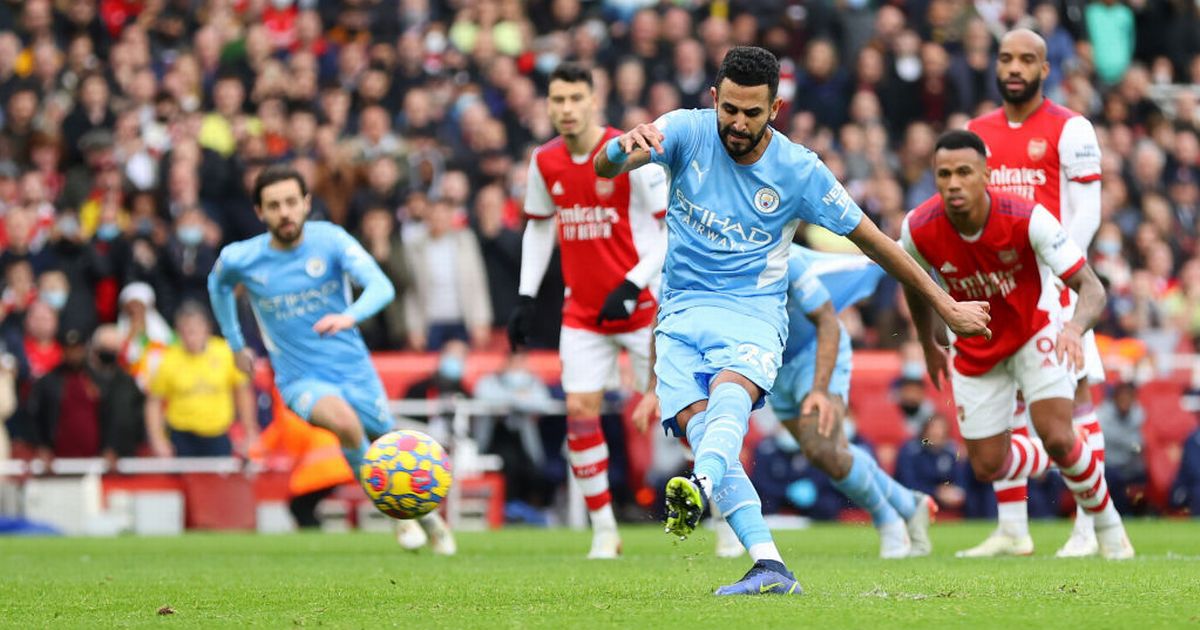 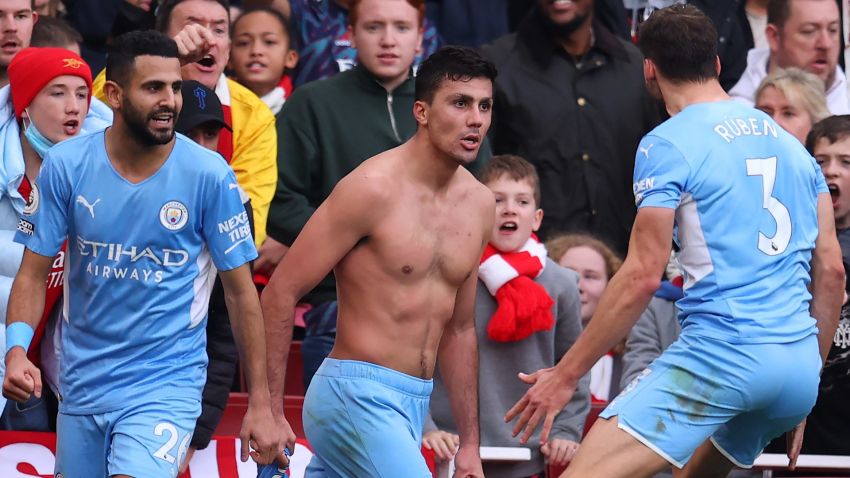 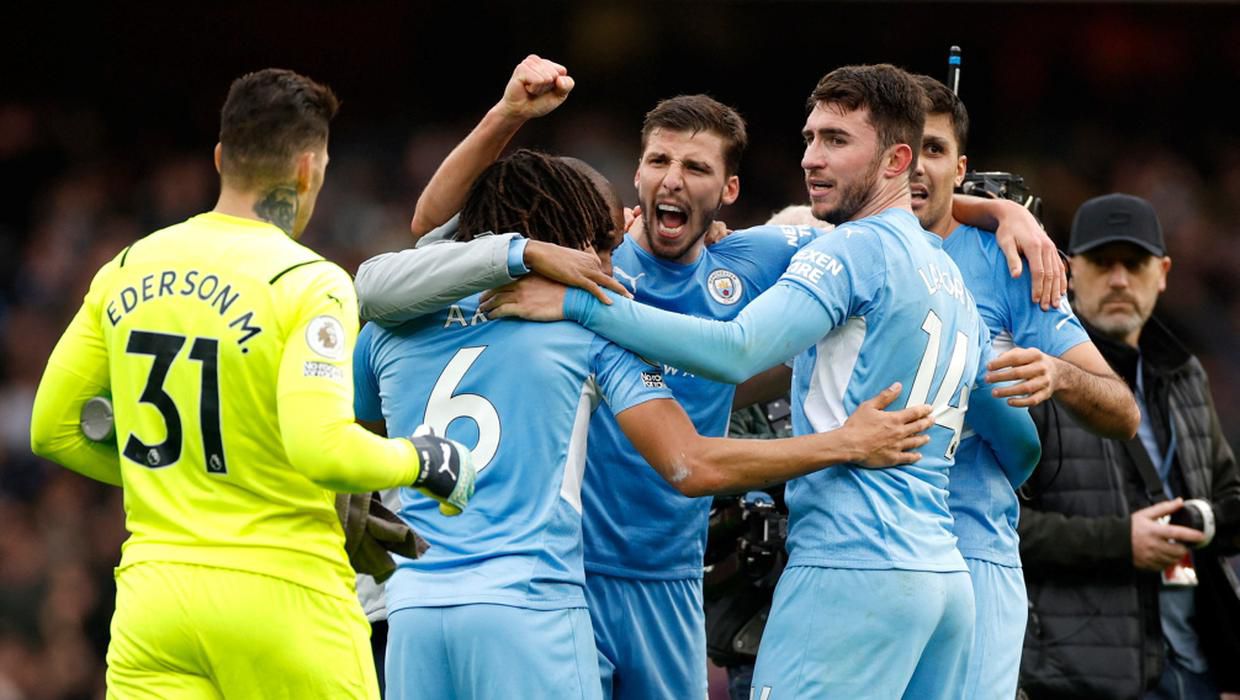