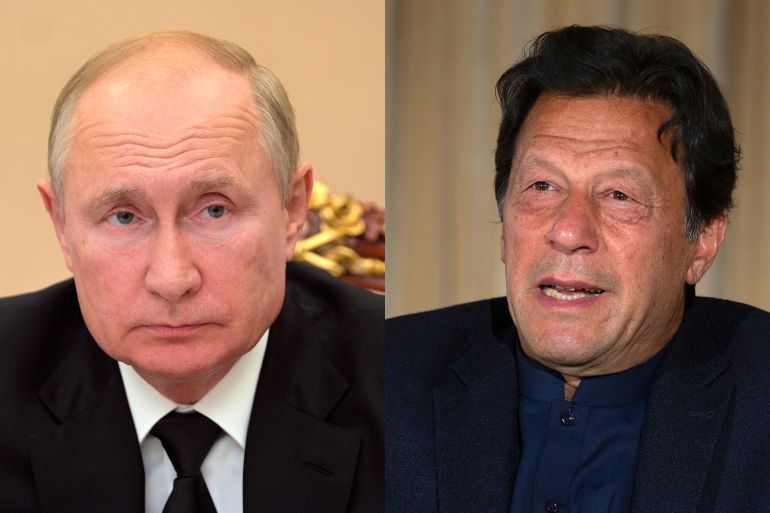 MOSCOW: Pakistan's Prime Minister Imran Khan's hope for a bilateral meeting with Russian President Vladimir Putin has suffered a huge setback as Moscow made it clear that there will be no bilateral meets on the sidelines of Beijing's Winter Olympics scheduled in February.

However, Putin will hold summit-level talks with his Chinese counterpart Xi Jinping during his Olympic visit.
"I would like to reiterate that there is no bilateral meetings on President Putin's schedule except for full-scale talks with Chinese President Xi Jinping," said Kremlin spokesman Dmitry Peskov to Russia's news media said.

Peskov said, "Ceremony's organizers have to impose a number of severe restrictions both on athletes and guests, including officials, "explaining "so the Russian President's schedule for the Beijing trip doesn't include any bilateral meeting for obvious reasons.
However, both the Russian President and Pakistan Prime Minister Imran Khan will be in the city for the inauguration of the Winter Olympics.

Earlier, Pakistan tried to push its agenda for a bilateral summit with Russia in Beijing as Imran Khan held a telephone conversation with President Putin earlier this month.

Further, this is the second time plans for a bilateral has not come to fruition, Imran khan and Vladimir Putin were to meet at the sidelines for the SCO summit in Dushanbe in September 2021 but the meeting couldn't not take place in person because the Russian President pulled out the summit last minute following COVID-19 case outbreak in his inner circle.