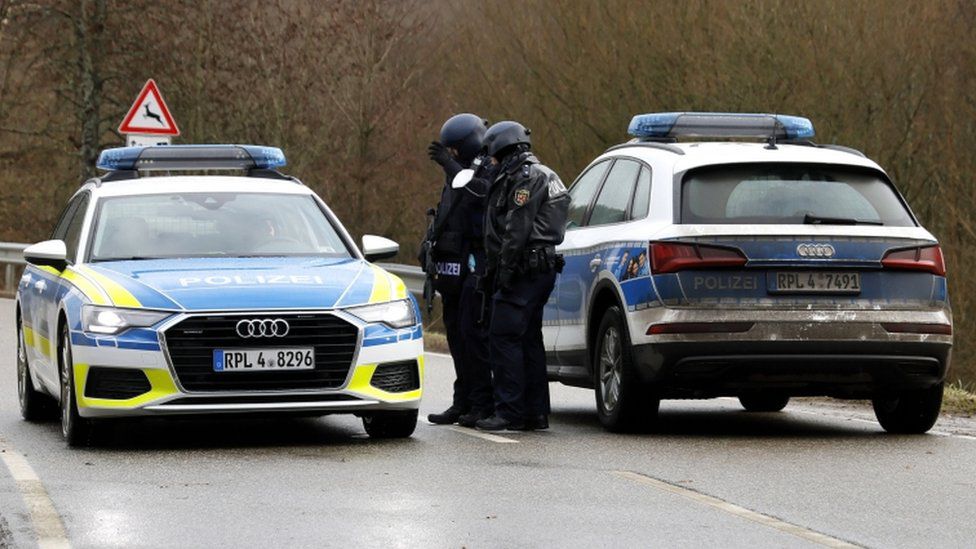 Mainz: A manhunt is under way after two young police officers were shot and killed during a traffic check in western Germany in the early hours of Monday.

The officers from the police department in the small town of Kusel had been on a routine patrol, police in the nearby city of Kaiserslautern said.

The shots were fired during a routine traffic check on district road number 22 in the village of Ulmet at approximately 4:20 am (0320 GMT).

The police officers were able to send a radio message themselves, a police spokesperson said. When reinforcements arrived at the scene, it was too late for the 24-year-old policewoman and her 29-year-old male colleague.

The 24-year-old was still in training to become a police officer, the GdP police union said.

Police said that a search for the perpetrators was under way. Evidence has been secured at the scene of the crime.

A description of the suspects or the used escape vehicle was not available, and it is unclear in which direction they escaped.

District road 22 is fully closed near Mayweilerhof and Ulmet. Police are asking residents not to pick up hitch-hikers in the district of Kusel. At least one suspect is armed.

Malu Dreyer, premier of the state of Rhineland-Palatinate in which Kusel is situated, expressed her shock at the killings.

"Our thoughts are with the relatives," Dreyer said in a joint statement with state interior minister Roger Lewentz.

"The crime is horrific. We are very upset that two young people have lost their lives in the line of duty," they added.

Flags were flying at half-mast in the state as a sign of mourning.