From Margaret Court to Steffi Graf: Players With Most Grand Slam Titles After Rafael Nadal's Historic 21 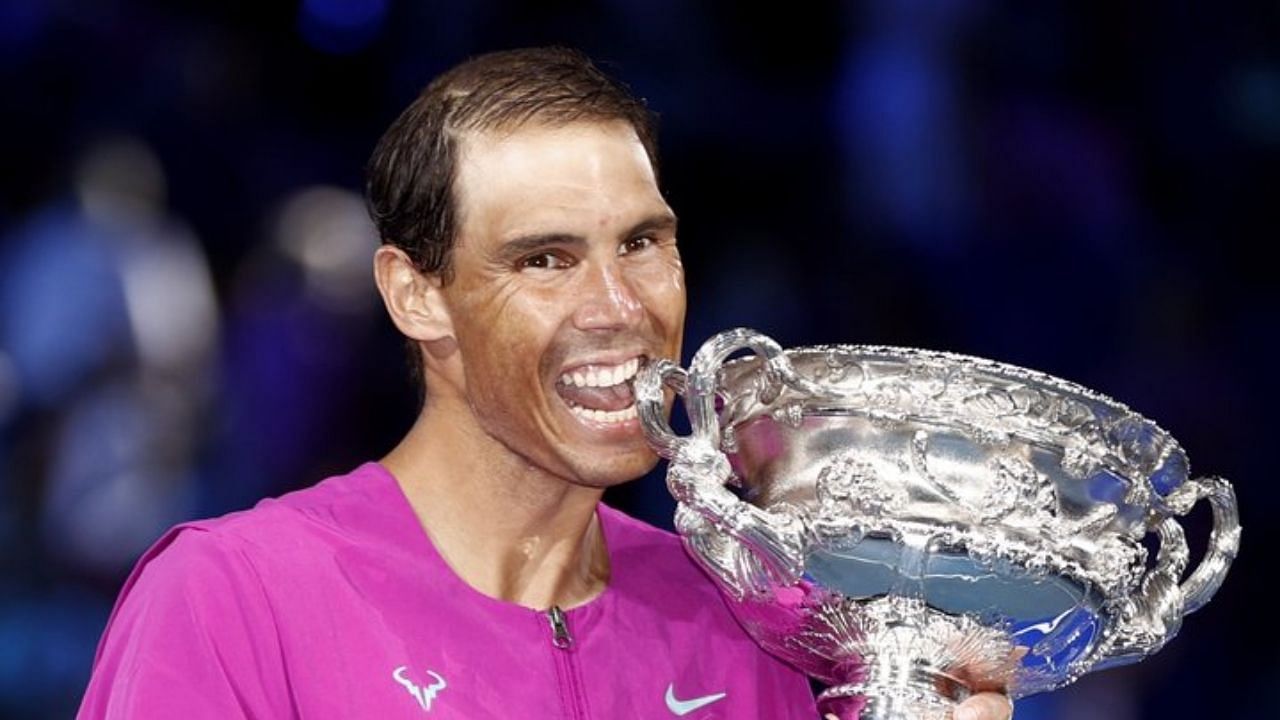 The Spaniard now has become the most decorated singles men’s player in Tennis history as he pipped his rivals Roger Federer and Novak Djokovic who are currently tied at 20 each. He was the only one of three who had a chance to claim the record solo in Australia.

Nadal registered a 2-6, 6-7 (5), 6-4, 6-4, 7-5 comeback win over Medvedev that lasted 5 hours and 24 minutes. "Just unforgettable," is how the 35-year-old described his historic win. Tapping his heart with his right hand, Nadal added: "One of the most emotional matches of my tennis career, without a doubt. Means a lot to me."

Nadal is at the top of the men’s tally but the overall list is still dominated by legendary Australian tennis star Margaret Court.

Here is the list of players with the most Grand Slam titles (singles):

The Aussie tennis star is arguably one of the greatest to ever play the game and her record speaks highly of it. She dominated the Australian Open like nobody with 7 straight title wins from 1960 to 1966. She had a total of 11 Australian Open titles under her kitty. While she also tasted immense success on other courts as well including five title wins each in the French and US Open and three in Wimbledon.

The American sporting icon is considered amongst one of the greatest sportspeople in the modern world. In the past two decades, Serena stamped her authority at almost every venue in the tennis circuit. She has won 23 major titles in singles competitions and is just one short to become the joint-most decorated player in Tennis history. The 40-year-old superstar has won 7 Australian Open and Wimbledon titles each so far. While at her home ground in US Open, Serena has 6 titles under her kitty. The clay has also witnessed the greatness of Serena as she emerged victorious thrice there.

The former German tennis star is third on the list with 22 grand slam titles victories. In 1988, Graf became the third women’s star to win the Golden Slam. She was one of the most fierce Tennis stars of her generation and tasted great success on every court. She won 7 Wimbledon, 6 French Open, 5 US Open and 4 Australian Open titles in her 17-year-long career.

The Spaniard achieved the ultimate glory with one of the greatest wins in his career on Monday. Nadal is fondly called the ‘King of Clay’ for his 13 title wins in French Open. He has played a different brand of tennis since the start of his career and inspired many with his journey. The win on Sunday was also all about the perseverance he showed after losing the first two sets. The 35-year-old has tasted success on every court with 2 wins each in the Australian Open and Wimbledon and 3 in US Open. He is now 1 ahead of his rivals and will now focus on extending the lead.

The Swiss international is considered amongst one of the greatest sportspersons ever. He has dominated the tennis world for the past two decades, however, the injuries have let him down in the last couple of years but he is raring to make a comeback in the court. Federer dominated the list of most grand slam titles (men’s singles) for a long time till Sunday when Nadal pipped him to move ahead in the race. He is known as one of the most versatile players with 8 Wimbledon, 6 Australian Open and 5 US Open titles. While on tricky clay court he has won a French Open title too.

On the other side, Djokovic has been one of the most dominant stars in the Tennis circuit in the past decade. He has won 19 Grand Slam titles since 2011 which is a massive achievement in itself. In the world of Federer and Nadal, he has made a big name for himself by matching them toe-to-toe. The Serbian star has 20 major singles titles under his kitty and his grit has helped him emerge victorious on every major court. He has won 9 Australian Open, 6 Wimbledon, 3 US Open and 2 French Open titles in his career so far and he is touted to finish at the top of the tally when he retires in future.

The US has witnessed several great women tennis players and Evert is surely one of them with 18 grand slam titles in her illustrious singles career. She made her presence felt in every major tournament with 7 wins in French Open, 6 in US Open, 3 in Wimbledon and 2 in the Australian Open.

The former Czech and US star Navratilova enjoyed a golden period from 1982 to 1987 where she won 14 out of her 18 major titles. She is one the most dominant players in Wimbledon history with 9 title victories on the grass court. While she also won 4 US Open, 3 Australian Open, and 2 French Open titles.

The legendary career of Sampras began in 1988 and ended at the 2002 US Open. He is one of the greatest men’s players to ever play the game and was also inducted into the International Tennis Hall of Fame in 2007. He held the record for most grand slam titles in the men’s category for a long period of time till Federer pipped him. He had a memorable run in a memorable run in Wimbledon with 7 titles. While he won 5 at his home turf in US Open and 2 in the Australian Open. During his illustrious career, Sampras never won a title on French Open’s clay.