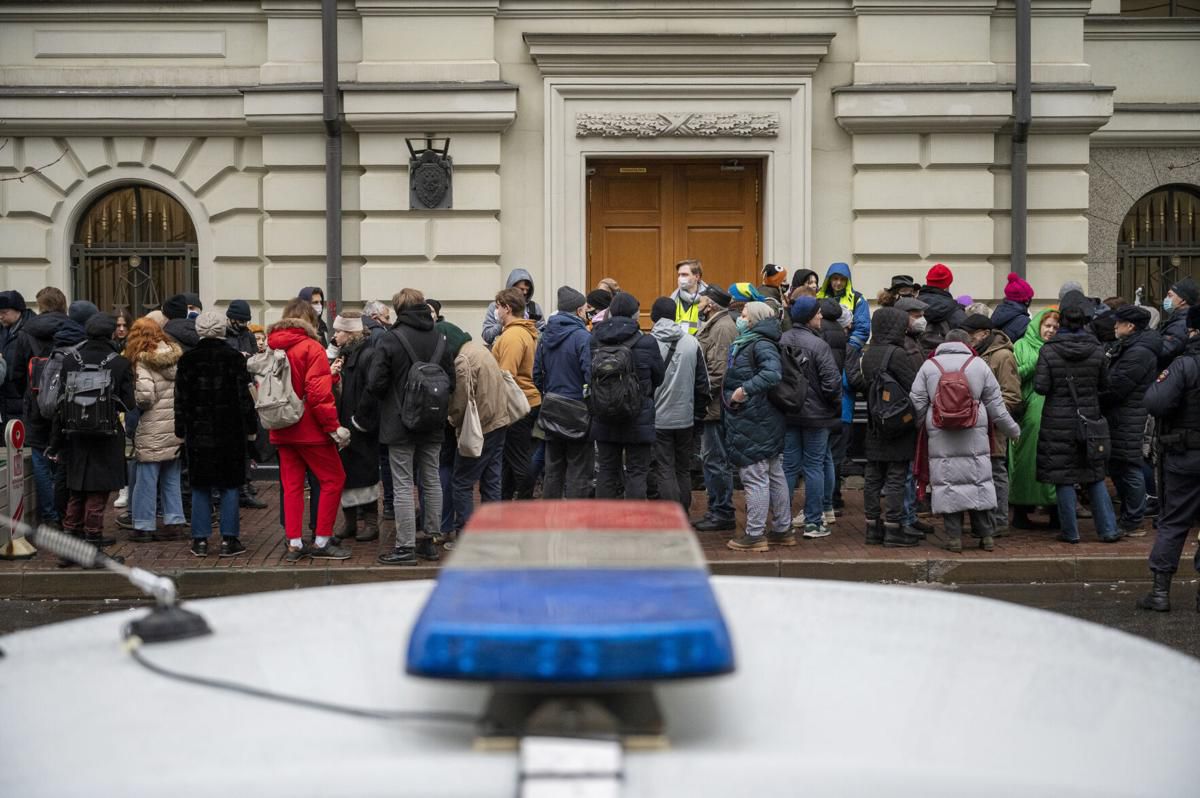 MOSCOW: Russia's Supreme Court on Thursday began hearing a request to shut down Memorial, the country's most prominent rights group and a pillar of its civil society.

Founded by Soviet dissidents including Nobel Peace Prize laureate Andrei Sakharov in 1989, Memorial has built up a huge archive of Soviet-era crimes and campaigned tirelessly for human rights in Russia.

The move has sparked widespread outrage, with supporters saying the shuttering of Memorial would mark the end of an era in Russia's post-Soviet democratisation.

It comes in a year that has seen an unprecedented crackdown on opponents of President Vladimir Putin, including the jailing of chief Kremlin critic Alexei Navalny and the banning of his organisations.

Dozens gathered outside the court to support Memorial on a cold Moscow day as the hearing began.

Maria Krechetova, a 48-year-old philosophy teacher, said shutting Memorial would be an "insult to the millions" of those who suffered under the repressive Soviet regime.

"Banning Memorial would deal a final blow to the idea that a person means something (in Russia), and that their rights mean something," she said.

"It is unprecedented," she said, adding that "almost everyone" in Russia counts victims of Soviet-era crimes within their family.

By taking the once-unimaginable move to close Memorial, the group's founders say Russian authorities would be sending a signal to both the West and domestic opponents.

The message, Memorial founding member Irina Shcherbakova told AFP ahead of the hearing, is: "We are doing to civil society here whatever we want. We will put behind bars whoever we want, we will close down whoever we want."

Vladimir Nemanov, a 25-year-old lawyer, said he was standing outside the court because it was "the only way" to defend Memorial.

Remembering the crimes of the past is important "in order to understand and reflect on what is happening in Russia today," Nemanov said, sporting a black facemask with the words "Memorial cannot be banned".

More than 100,000 people have signed an online petition asking for the case to be dropped.

Thursday's hearing is in one of two cases brought this month against the group and is being heard by the Supreme Court because Memorial International is registered as an international body. The ruling will not be open to appeal in a Russian court.

The other case, against the Memorial Human Rights Centre, began in a Moscow court on Tuesday and will continue later this month.

Both Memorial International and the Human Rights Centre are accused of violating rules under their designations as "foreign agents" -- a legal label that forces individuals or organisations to disclose sources of funding and tag all their publications with a disclaimer.

The Human Rights Centre is facing another charge of defending "extremist and terrorist activities" for publishing lists of imprisoned members of banned political or religious movements.

The "foreign agent" label -- laden with Soviet-era connotations of treachery and espionage -- has been used against a wide range of rights groups and independent media in recent years.

Memorial has spent decades cataloguing atrocities committed in the Soviet Union, especially in the notorious network of prison camps, the Gulag.

It has also campaigned for the rights of political prisoners, migrants and other marginalised groups, and highlighted abuses especially in the turbulent North Caucasus region that includes Chechnya.

It is a loose structure of locally registered organisations, but the dissolving of its central structure could have a major impact on operations.

Memorial International maintains the group's extensive archives in Moscow and coordinates dozens of Memorial-linked NGOs in and outside of Russia.

A board member of Memorial International, Oleg Orlov, told AFP the move would "greatly" complicate the work of the NGO by depriving it of a legal basis to pay employees, receive funds or store archives.

UN officials, the Council of Europe, international rights groups and Western governments have all warned against the group being disbanded.