Washington: Finance Minister Nirmala Sitharaman and her American counterpart Janet Yellen have discussed ways to enhance bilateral cooperation in fighting illicit finance, money laundering and terror financing and agreed on the importance of effective implementation of the FATF standards.
The two dignitaries held a wide-ranging discussion to step up bilateral cooperation during the eighth India-USA Economic and Financial Partnership meeting held here on Thursday.

The meeting reflected the growing importance of the US-India relationship and the increasing economic and financial ties between the two economies.

The importance of fighting illicit finance and the need for continued cooperation in tackling money laundering and combating the terror funding was underpinned by Sitharaman and Yellen, the finance ministry said in a tweet, as the two countries issued a detailed joint statement after the meeting.

"We continue to strengthen our cooperation in tackling money laundering and combating the financing of terrorism through increased information sharing and coordination", said the joint statement.

Both sides agree on the importance of fighting financial crimes and on the effective implementation of the Financial Action Task Force (FATF) standards to protect our financial systems from abuse, it added.

The FATF asked Pakistan to investigate and prosecute UN-designated terrorists based in the country like Jaish-e-Mohammad (JeM) chief Masood Azhar and Lashkar-e-Taiba (LeT) founder Hafiz Saeed and also asked Islamabad to work to address its strategically important deficiencies.

During the first India-US Economic and Financial Partnership meeting since the onset of the COVID-19 pandemic, the two countries also agreed on further engagements on emerging financial sectors such as cross-border payments, payment systems and the development of an International Financial Services Centre.

Sitharaman and Yellen were also joined by Federal Reserve Chair Jerome Powell and Reserve Bank of India Governor Shaktikanta Das, during the meeting.

Sitharaman and Yellen affirmed their commitment to continue engagement both bilaterally and multilaterally to address global economic issues.

During the ministerial meeting, we took stock of the extensive efforts that have already been undertaken by both sides to deepen mutual understanding and highlighted new elements of the vital bilateral relationship, it said.

We had productive discussions on a range of subjects, including the macroeconomic outlook and recovery from the pandemic, financial regulatory and technical collaboration, multilateral engagement, climate finance, and anti-money laundering and combating the financing of terrorism (AML/CFT), it said.

The two leaders acknowledged the unprecedented impact that the COVID-19 crisis has had on lives and livelihoods.

"We also addressed the importance of maintaining supportive policies until a strong and inclusive recovery is firmly entrenched", it said.

According to the joint statement, the meeting featured the Economic and Financial Partnership's first session dedicated to climate finance, reflecting their respective commitments to driving urgent progress in combating climate change and the critical role of climate finance in achieving this shared global goal.

"We shared views on the re-energized global efforts to increase climate ambition as well as our respective domestic efforts to meet our publicly expressed climate goals", the statement said.

"We agreed that public finance, when paired with enabling policies, can promote private finance", it added.

The two countries reaffirmed the collective developed country goal to mobilise USD 100 billion annually for developing countries from public and private sources, in the context of meaningful mitigation actions and transparency on implementation.

"We intend to engage further on addressing climate change between our two ministries, as well as through the Finance Mobilization pillar of the recently launched Climate Action and Finance Mobilisation Dialogue (CAFMD) under the US-India Climate and Clean Energy Agenda 2030 Partnership", it said.

Acknowledging the importance of working through multilateral development banks to help India access and mobilise available funds to support development objectives, including for climate, the two leaders welcomed the OECD/G20 Inclusive Framework political agreement on 8 October as representing a significant accomplishment for updating the international tax architecture to reflect the modern economy and establish an international tax system that is more stable, fairer, and fit for purpose for the 21st century.

"We take note of the progress made in sharing financial account information between the two countries under the Inter-Governmental Agreement under the Foreign Account Tax Compliance Act (FATCA)", it said.

The two sides should continue to engage in discussions on the full reciprocal arrangement on FATCA. The two sides look forward to continued collaboration for increased cooperation in sharing of information for tackling offshore tax evasion, the statement added.

The US and India look forward to discussions on emerging financial sector topics, such as cross-border payments and payment systems and the development of the International Financial Services Centre at GIFT City, it said.

"We are continuing our successful collaboration on attracting more private sector capital to finance India's infrastructure needs, which will support growth in both countries.

The two countries are also collaborating through continued technical support for the issuance of municipal bonds, including Green Bonds, for critical urban infrastructure improvements. "India and the United States look forward to working together to prepare more cities to issue municipal bonds," it said. 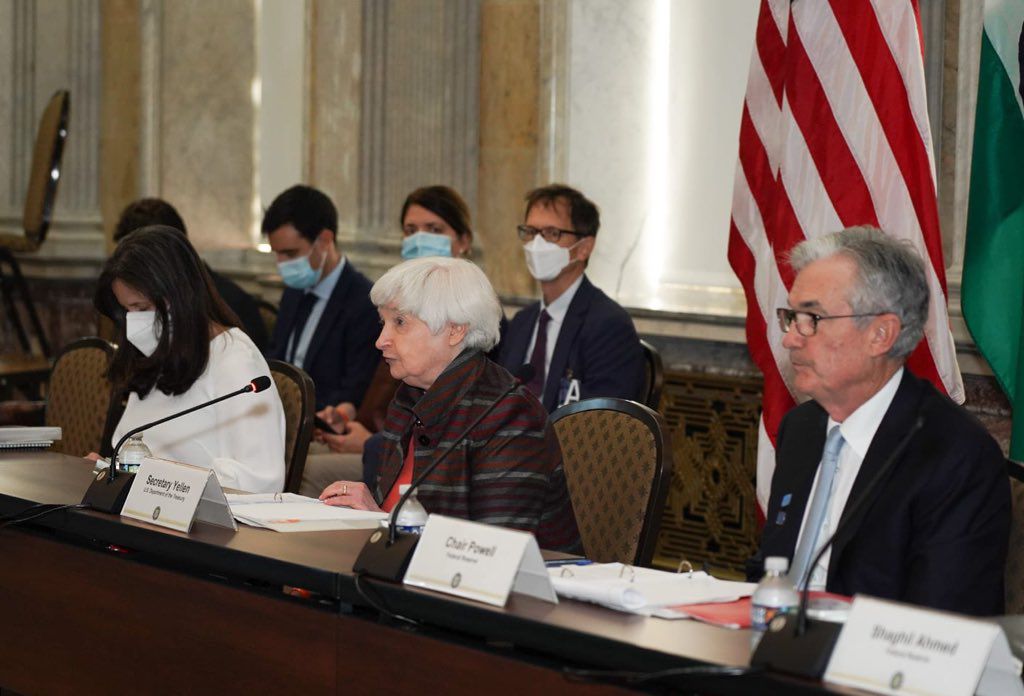 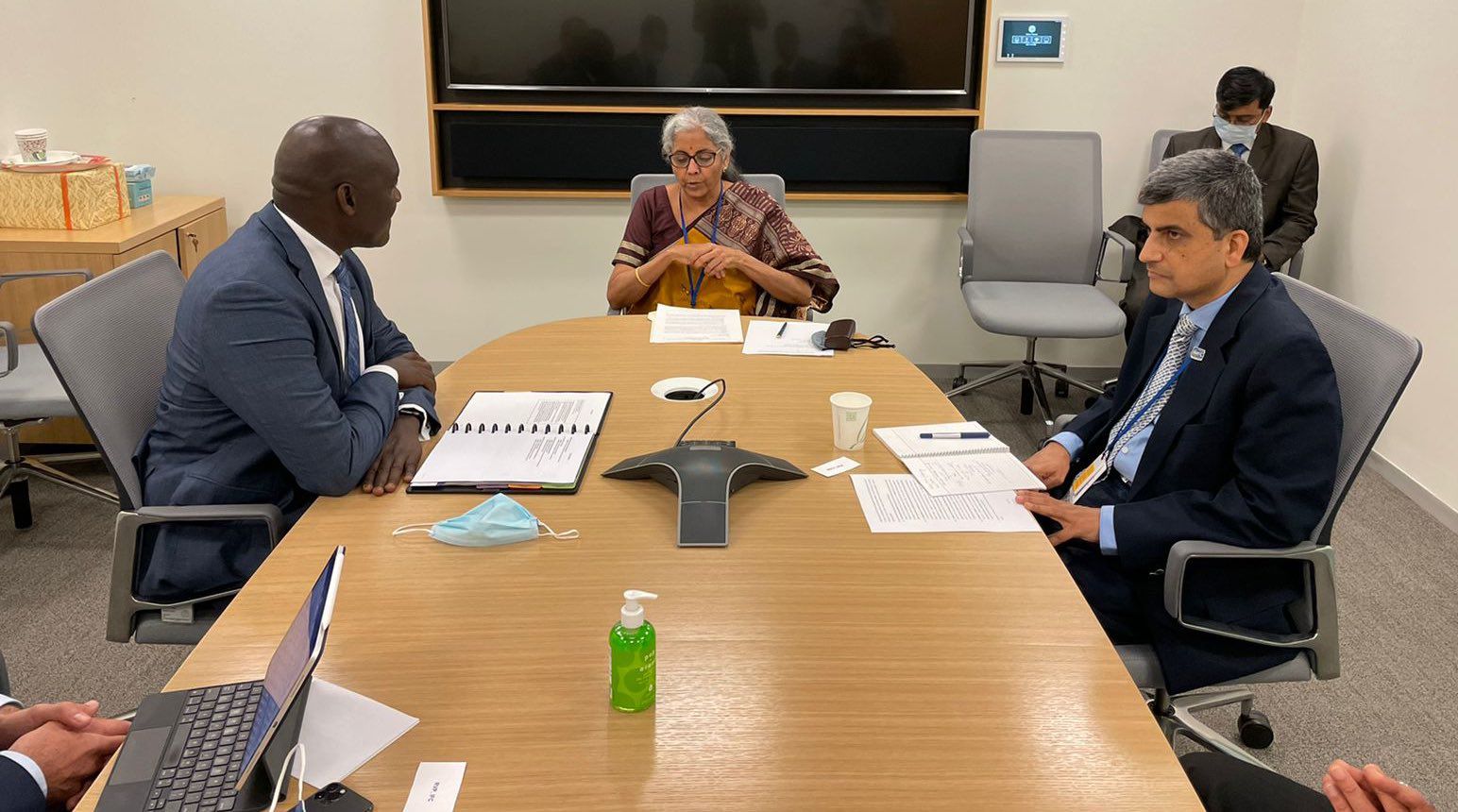 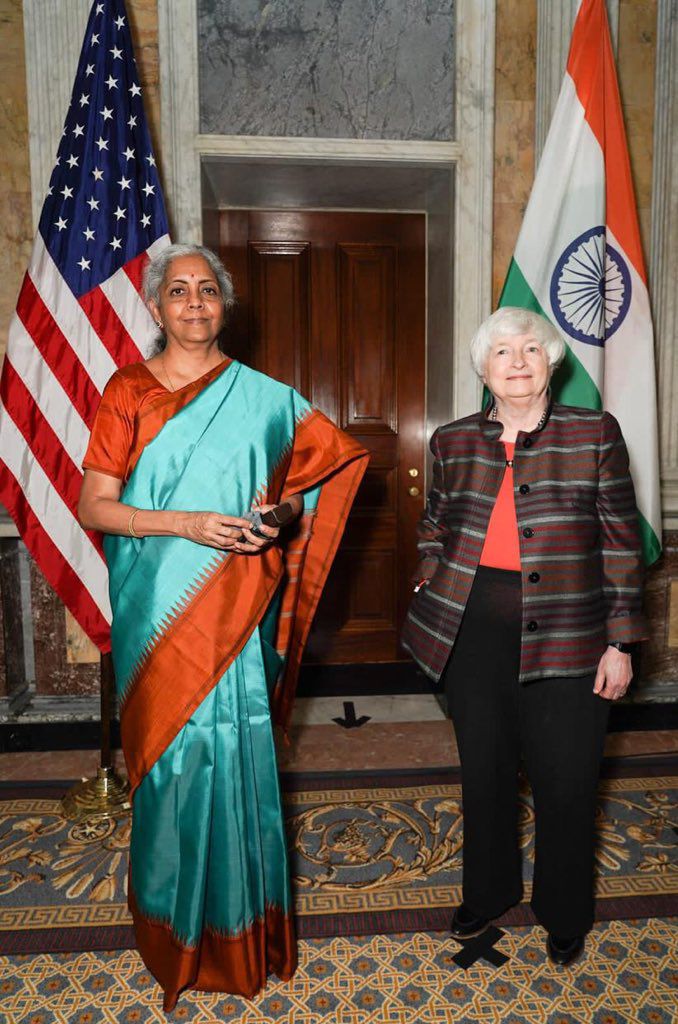