NEW DEHI: Prime Minister Narendra Modi is all set to attend the second session of the G20 Rome Summit, which will be held on the subject of climate change and the environment on Sunday.

PM Modi, who is currently in Rome at the invitation of his Italian counterpart Mario Draghi, will conclude his two-day trip to the country and will next be travelling to Glasgow in the United Kingdom to attend the 26th Conference of Parties (COP26) to the United Nations Framework Convention on Climate Change (UNFCCC), which is also beginning on October 31, according to the official schedule.

Prime Minister Modi attended the first session of the G20 Rome Summit on Saturday, where he discussed the global economy and health along with a host of world leaders. Taking to his official handle on Twitter, PM Modi said that the proceedings at the G20 summit were 'extensive and productive'.

Among the topics highlighted by PM Modi at the G20 summit are India's contributions in the global fight against Covid-19, the vision of 'One Earth, One Health', furthering innovation in healthcare, the need for resilient global supply chains, and leveraging technology for human empowerment.

The second session of the G20 summit on Sunday, focusing on climate and the environment, is being seen as an important stepping stone to the UN's COP26 climate summit attended by almost 200 countries, in Glasgow, Scotland, where most of the G20 leaders will fly directly from Rome.

The G20 bloc, which includes Brazil, China, India, Germany, and the United States, accounts for an estimated 80 per cent of the global greenhouse gas emissions which scientists say must be steeply reduced to avoid climate catastrophe. Notably, India is the world's third-biggest emitter of greenhouse gases after China and the United States, and PM Modi's participation in the COP26 summit, which runs from October 31 to November 12, is seen as critical.

The US has been urging the Modi government to raise its climate ambition and consider a net-zero commitment (balancing out greenhouse gas emissions with actions such as planting trees, restoring soil, and using technology to prevent emissions from reaching the atmosphere), as scores of other countries have done. 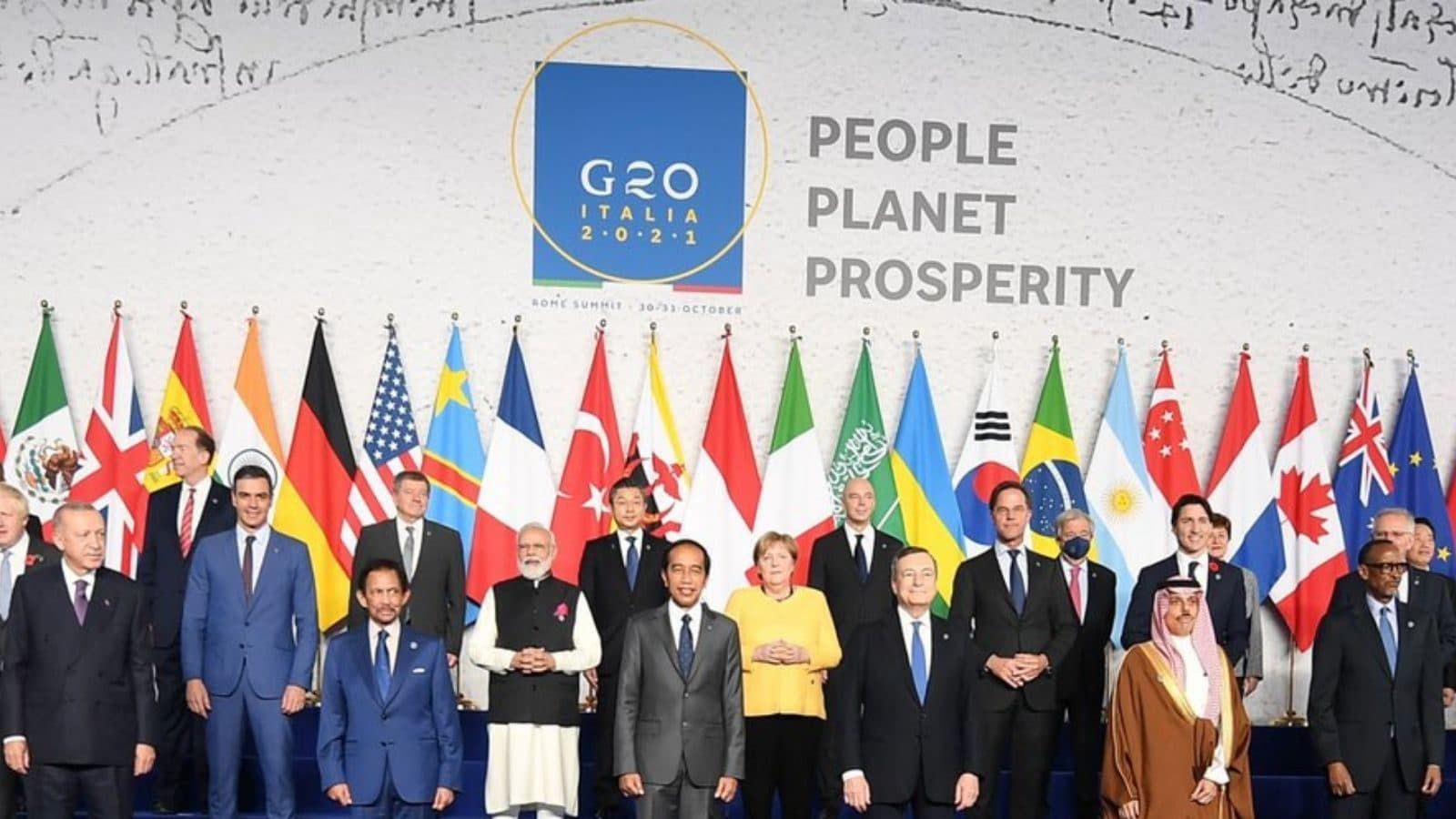