Wellington: New Zealand police on Friday shot dead an Islamic State-inspired attacker after he injured six people in a supermarket knife rampage, despite round-the-clock surveillance by undercover officers.
Prime Minister Jacinda Ardern said she was "gutted" the man, a Sri Lankan national, had managed to carry out his "hateful" assault even though he was on a terror watchlist.

She said the man, who arrived in New Zealand in 2011, entered a shopping mall in suburban Auckland, seized a knife from a display before going on a stabbing spree.

Terrified shoppers fled for the exits and video footage shot by bystanders showed men running toward the incident before a barrage of shots rang out.

The attack has stirred painful memories of the Christchurch mosques shootings in March 2019, New Zealand's worst terror atrocity, when a white supremacist gunman murdered 51 Muslim worshippers and severely wounded another 40.

"What happened today was despicable, it was hateful, it was wrong," Ardern said after the latest attack.

"It was carried out by an individual, not a faith, not a culture, not an ethnicity. He alone carries the responsibility for these acts."

Asked about the man's motivations, she said "it was a violent ideology and ISIS-inspired", using an acronym for the Islamic State jihadist group.

Ardern said she was limited in what she could publicly reveal about the attacker because he had been before the courts previously and was the subject of court suppression orders.

She said the government was seeking to have the orders lifted so the New Zealand public could have a greater understanding of the situation.

Ardern said the man had been in prison but authorities had to release him as there was no legal reason to keep him in custody.

"The fact that he was in the community will be an illustration that we haven't succeeded in using the law to the extent we would have liked," she added.

Ardern said she was devastated a known terror risk had managed to carry out an attack, saying all aspects of the incident would be reviewed.

"I know that we've been doing everything that we could, so I was absolutely gutted," she said, describing her feelings upon learning about the stabbings.

Ardern would not disclose exactly how many other terror suspects were under surveillance in the community, saying only "there are very few people who fall into this category".

Police Commissioner Andrew Coster said authorities were confident the man was acting alone and there was no further known danger to society.

He acknowledged there would be questions about how an attack occurred in front of his officers but defended their actions.

"I'm satisfied, based on the information to me, that the staff involved not only did what we would expect in this situation, they did it with great courage," Coster said.

"The reality is that when you're surveilling someone on a 24-7 basis, it's not possible to be immediately next to them at all times." 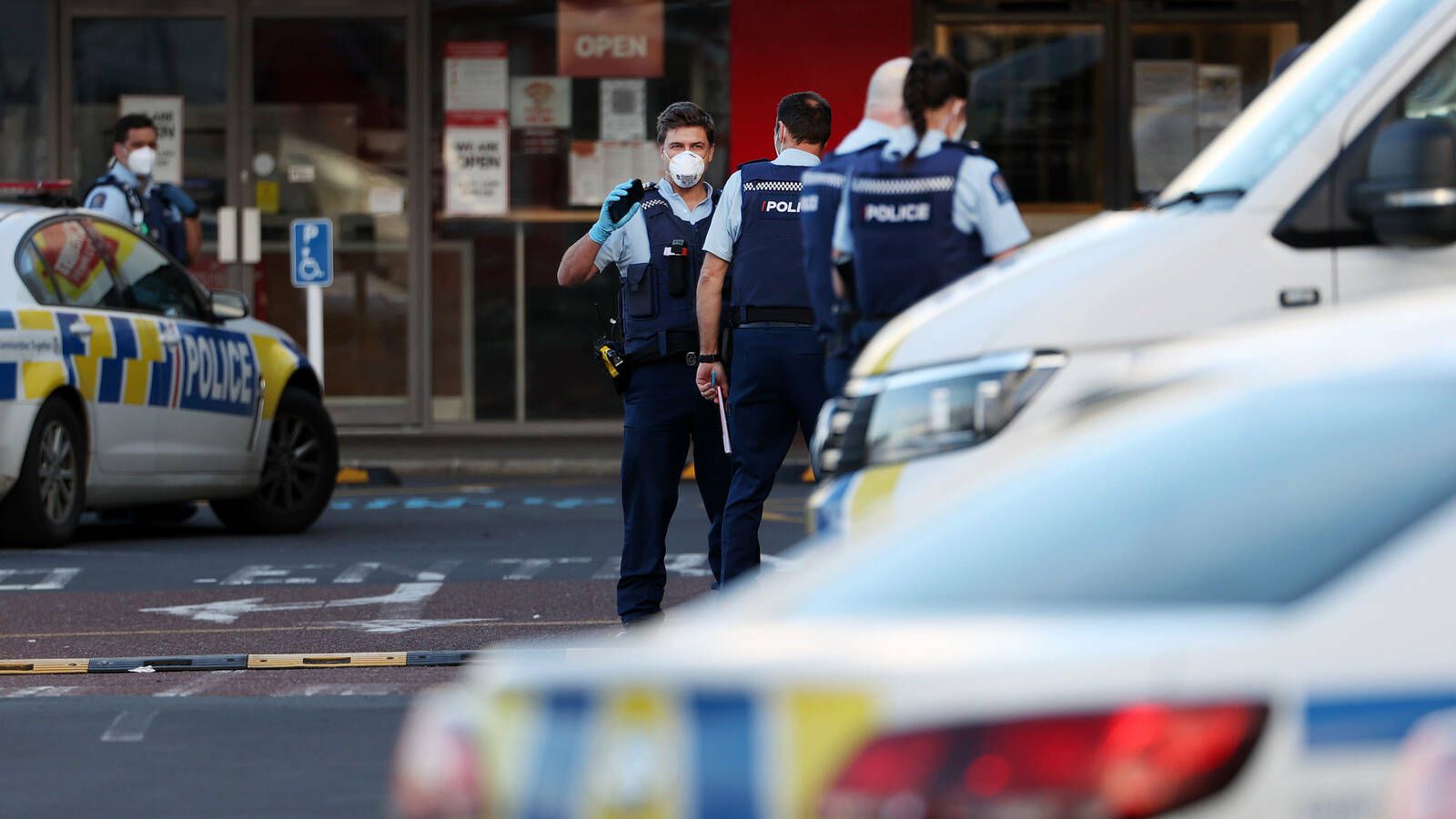