Taliban Rebel How a Monster Was Born! NEW DELHI: Although the Taliban made its official presence in the early nineties, the seed for its creation goes long back to 1973 when Sardar Daud Khan became the Prime Minister of Afghanistan, and Pakistan saw a threat because of his proximity with USSR, which was termed as India's friend. Also, Daud Khan was termed as an anti-Pakistan leader for openly advocating for the rights of the Pashtun and Baloch people. Soon after, in 1974, they appointed Major General Naseerullah Babar to train and arm Tajik rebels against the then Afghan government. This experiment failed miserably but the proximity of Pakistan ISI with Afghan leaders developed, which helped them in aiding the American CIA to fund and run a covert war in Afghanistan against the Soviets. Major General Babar later joined politics and was interior minister of Pakistan from 1993 to 1996, exactly the time when the Taliban rose in its present form.

Over a decade of CIA-led Afghan War led to the displacement of over 35 lakh refugees, primarily from the Pashtun community of Afghanistan to the border areas of Pakistan. The porous border and presence of Pashtun people on both sides helped this movement possible. The large settlements facilitated the need for children to be occupied and one ambitious and prominent organisation came into the great game. This was Darul Uloom Haqqania, located in Akora Khattak of Khyber Pakhtunkhwa province of Pakistan. Being a prominent seminary in the Pashtun areas, Darul Uloom Haqqania was famous, and it soon established the branches of its seminary all along the Durand line especially in the settlements of Afghan refugees.

The leader of Darul Uloom Haqqania was no ordinary man. He was Maulana Sami-Ul-Haque, who was closely connected with the government of Pakistan, as well as Middle Eastern countries. He had been a member of the Pakistani Senate and a prominent part of the Pakistan government for several years. Funding for his madrasas was not a problem at all. In no time, more than 15,000 seminaries were functional in the border areas, which eventually became a breeding ground of the Taliban. More than a million children from lower and lower-middle-class Pashtun families staying in Pakistan were recruited into these Madrasas in disguise of providing Islamic religious education over a period of time. This became the nursery of the Taliban.

Maulana Sami Ul Haque was a staunch Deobandi follower who used to propagate a different kind of Sharia. The list of his students is long and include Mullah Omar- Founder of Taliban, Jalaluddin Haqqani & Sirajuddin Haqqani of Haqqani Network, Akhtar Mohammad Mansoor- Former Taliban Chief, Mohammad Yunus Khalis- former Taliban commander as well as many other Taliban commanders. Maulana Sami Ul Haque was proudly called as "Father of Taliban". Being part of the government, he was quite close to Major General Naseerullah Babar. So, when a war of power started between ISI supported factions and other Afghan Mujahideen after the fall of the Soviet Government in Afghanistan, the Pakistan government felt a need for a force that is Afghan by ethnicity, loyal to Pakistan and can conquer Afghanistan on their orders. The best option was the refugees studying in the seminaries of Sami-Ul-Haque all along the Durand Line.

Being an ex-ISI himself, Babar was close to the Pakistan Army and ISI and as a result, the seminaries were soon converted into training grounds where Pakistan Army, as well as ISI officials, imparted training to the innocent students of these Madrasas. Being cut off from the rest of the world, they were brainwashed and made the propagator of a different type of Islam which was brutal, fanatic & most extreme. Both Sami-Ul-Haque and Naseerullah Babar died a painful death. While Haque was killed brutally by an unknown person, Babar spent three years bed-ridden before finally departing from this world.

The terror infrastructure had well-oiled machinery including multi-storeyed basements under the mosques, IED factories, communication network, VIP rooms, conference rooms from where Taliban leaders could talk to ISI on secure lines, and training centres to brainwash suicide bombers. Key leaders were sent from Darul Uloom Haqqania to all over the places to run these terror factories which are producing terrorists at an alarming rate of over 20000 per year. With the unending supply of Arms, Ammunition, war machines and logistics from Pakistan ISI, they could take over entire Afghanistan twice- First in 1994-96 and then in 2021. Pakistan ISI has been helping them directly too. There have been several instances where serving Pakistan Army personal were fighting as part of Taliban contingents.

So, when Mullah Mohammad Omar started his movement from the Seminary of Maiwand with just 50 Taliban fighters, he was not alone. That was the time when more than 10,000 fanatic terrorists were being trained in other Madrasas. Within no time, this force was knocking at the door of Kabul at the call of Mullah Omar. The rest of the job was done by his action of displaying the Cloak of Muhammad in Kandahar, which elevated him to the highest spiritual levels, and his organisation became popular among the Afghans.

Currently, Taliban is not just a group, it is the symbol of an ultra-fanatic ideology and complete annihilation of this ideology is not possible until the terror factories run under the disguise of the seminaries are dismantled. We may kill Taliban fighters but if these factories continue to produce terrorists, the supply will be unending. Today, they have occupied Afghanistan with force, tomorrow the fallout may be on us or any other country of the world. It is already too late and unfortunately, the world is still not able to understand their nefarious motives..

Who are the Taliban leading the offensive against
Afghanistan?

The inner workings and leadership of the Taliban movement are shrouded in great mystery, as when he ruled the Asian country between 1996 and 2001.

Here is a brief presentation of the main leaders of this radical Islamist group.

Mullah Haibatullah Akhundzada was appointed head of the Taliban in May 2016 during a rapid transition of power, days after the death of his predecessor, Mansour, killed by a US drone strike in Pakistan.

Before his appointment, little was known of Akhundzada, until then more focused on judicial and religious matters than on military art.

Although this scholar enjoyed great influence within the insurgency, of which he led the judicial system, some analysts believed that his role at the head of the movement would be more symbolic than operational.

The son of a theologian, originally from Kandahar, the heart of the Pashtun country in southern Afghanistan and the cradle of the Taliban, Akhundzada quickly obtained a pledge of allegiance from Ayman al-Zawahiri, the leader of Al-Qaeda.

The Egyptian called him “emir of the believers”, a name that allowed him to strengthen his credibility in the jihadist world.

Akhundzada had a delicate mission to unify the Taliban, fractured by a violent struggle for power after Mansour’s death and the revelation that they had concealed for years the death of the movement’s founder, Mullah Omar.

The insurgent managed to keep the group together and continued to be fairly low-key, limiting himself to transmitting rare annual messages on Islamic holidays.

Abdul Ghani Baradar, born in Uruzgan province (south) and educated in Kandahar, is the co-founder of the Taliban along with Mullah Omar, who died in 2013, but whose death was hidden for two years.

Like many Afghans, his life was shaped by the Soviet invasion in 1979, which made him a Mujahideen, a fundamentalist Islamic fighter, and is believed to have fought alongside Mullah Omar.

In 2001, after the US intervention and the fall of the Taliban regime, he was said to be part of a small group of insurgents willing to agree to a deal recognizing the Kabul administration. But this initiative was unsuccessful.

Abdul Ghani Baradar was the military commander of the Taliban when he was arrested in 2010 in Karachi, Pakistan. He was released in 2018 especially under pressure from Washington.

Listened to and respected by the different Taliban factions, he was appointed head of its political office, located in Qatar.

From the gulf country, he led negotiations with the Americans, which led to the withdrawal of foreign forces from Afghanistan

– Sirajuddin Haqqani, the head of the Haqqani network

The son of a celebrated anti-Soviet jihad commander, Jalaluddin Haqqani, Sirajuddin is both the number two of the Taliban and the head of the Haqqani network.

This network, founded by his father, is classified as a terrorist by Washington, which has always considered it the most dangerous fighting faction before US and NATO troops in the last two decades in Afghanistan.

He is also accused of having assassinated some senior Afghan officials and holding Westerners hostage for ransom or holding them as prisoners such as the US military Bowe Bergdahl, released in 2014 in exchange for five Afghan detainees from Guantanamo prison.

Known for their independence, fighting skills and fruitful affairs, the Haqqani are believed to be in charge of Taliban operations in the mountainous areas of eastern Afghanistan and would have a great influence on the movement’s decisions.

Son of Mullah Omar, Yaqoub is the head of the powerful military commission of the Taliban, in charge of deciding the strategic directions in the war against the Afghan Executive.

His ancestry and his ties to his father, whom he adores as head of the Taliban, made him a unifying figure within a broad and diverse movement.

Speculation about its exact role in the insurgency is persistent. Some analysts believe that his appointment to the head of this commission in 2020 was only symbolic. 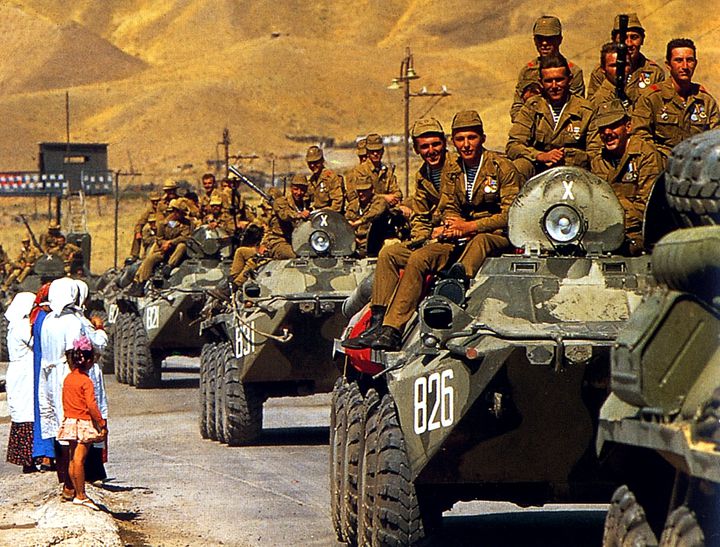 Super Typhoon Noru makes landfall in Philippines, coastal communities evacuated
Turkmenistan: Taliban of brothers: Turkmenistan has been quick out of the gate to accept the new reality in neighbouring Afghanistan!
Updates: Hameed, Burns Put Hosts in Lead; England 120/0 vs India at Stumps
Comment on this post