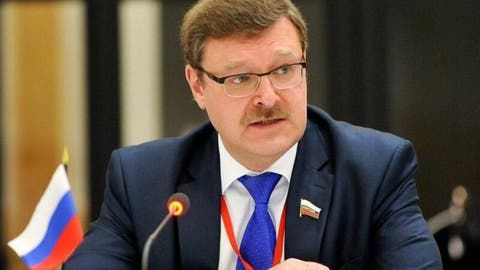 Moscow: US President Joe Biden’s statement that Russia’s economy is based only on nuclear weapons and oil is an attempt to calm domestic opponents who are alarmed by Russian innovations in the hi-tech sphere and the American leader’s new stance on Nord Stream 2. This opinion was expressed by Deputy Speaker of the Russian Federation Council Konstantin Kosachev on Wednesday.

"Some [of Biden’s statements] caused real bewilderment, in particular, essentially an attempt to repeat the ridiculous thesis of [US former President] Barack Obama about the gas station country: that is, Russian President Vladimir Putin has nuclear weapons, oil and nothing else. Yet, this is clearly an attempt to calm domestic opponents who are increasingly alarmed both by Russian innovations in the hi-tech sphere (not only military ones) and, for example, by the change in the position of Biden’s administration on Nord Stream 2, which the US president’s harshest critics called a victory for Moscow," the politician wrote on his Facebook page.

He thinks that the real cause for Russia’s concern may be precisely the weakness of Biden’s team itself. "Not only due to dangerously unreliable information on Russia’s potential or on the same ‘Russian meddling’ in the American election, the result of which is influencing relations between our countries less and less," the legislator noted.

According to the deputy speaker, Biden made a more important statement that if the US indeed ends up "in a war, a real shooting war, with a major power, it's going to be as a consequence of a cyber breach." "If Biden’s team provides him with unreliable information here, this may have the most dangerous consequences for the entire world," he added.

According to the senator, this statement proves that accusations of cyberattacks and hacking should be justified 100% and not "for internal use" but for the entire international community with the participation of independent experts. "Otherwise, the responsibility for any heated conflicts should be shouldered precisely by those who groundlessly accuse other countries of cyberattacks. It is hard to come up with a more convincing argument for a binding international agreement on cybersecurity," he emphasized.

The Russian politician suggested that the White House support a draft of a convention on counteracting the use of information and communication technologies for criminal purposes that Russia submitted to the UN. "Unlike the current Budapest Convention of the Council of Europe, which contains nine elements of a crime, in our draft, their list had been expanded to 23. It’s time to move on from loudspeaker diplomacy to the language of binding agreements detested so much by US administrations within the framework, where one has to answer for one’s words," the deputy speaker concluded.

Biden’s remark
Speaking on Tuesday at the headquarters of the office of the director of national intelligence (ODNI), Biden recalled the Geneva summit with Putin and stated that his Russian counterpart "has a real problem." According to the US leader, the Russian economy is based exclusively on nuclear weapons and oil resources.